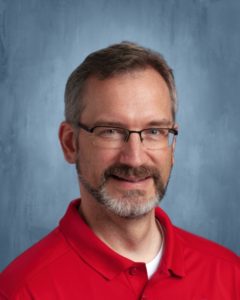 In 1993, Pastor Koelpin was assigned from the seminary to serve as the first associate pastor at Calvary Lutheran Church in Dallas, TX.  In the year 2000 he took on the role of Lead Pastor, and since 2014 he has been the sole pastor of Calvary.

Pastor Koelpin and his wife Beckie live in the Lake Highlands area of Dallas.